What is a lithium battery? - Barek

What is a lithium battery?

In the race to convert to electric vehicles and machinery, you may be hearing much about lithium (or lithium-ion) batteries. However, do you really know what they are and how they work?

Although pioneer work into the lithium battery began back in 1912, Sony was the first brand to commercially produce the lithium battery in 1971, thus transforming the electronics industry. Lithium batteries are now used in many of the things we use every day including mobile phones, laptops, aeroplanes and cars. As well as forklift trucks of course!

Here will we look at what lithium batteries are, what they are made of and what their benefits are compared to other battery storage technologies?

What are lithium batteries made from?

The lithium battery is made of four key components – the cathode, the anode, the electrolyte and the separator.

The cathode determines the capacity and voltage of the battery and is where the lithium ions are stored. The anode allows the electric current to flow through an external circuit and also stores the lithium ions once they are charged.

The electrolyte is formed from a mix of salts solvents and additives. It acts to channel the lithium ions between the cathode and the anode. And last, but not least, there is the separator, which is a barrier to keep the cathode and anode apart from each other. It blocks the flow of electrons inside the battery.

Why are lithium batteries so popular?

Lithium-ion batteries are growing in popularity worldwide because they have a number of important advantages over competing power technologies.

They are generally much lighter than other types of rechargeable batteries of the same size – making them much more user friendly at all levels. As they are also very highly reactive, they can store a lot of energy in atomic bonds, which means a very high energy density. To put this into perspective, using a lead-acid battery would take 6KG to store the same amount of energy as a 1KG battery.

Lithium batteries hold their charge for longer too and can be ‘opportunity charged’ making them a perfect solution for businesses who can’t afford too much downtime. There is no need for lengthy battery swops as with traditional batteries. Also, they don’t require charging cooldown time, meaning they could even reduce the number of forklifts that you might need to complete all your daily operational work.

Do they have any disadvantages?

Lithium batteries are far from flawless. Despite their popularity and key benefits, they do have their drawbacks.

The first thing is their cost. They are currently by far the most expensive form of rechargeable battery, and therefore require a high initial investment.

Storage of lithium batteries is also not that simple. They are extremely sensitive to high temperatures as the heat causes them to degrade much faster than they normally would. They should be stored at room temperature and charged to around 30 – 50% of their capacity.

You may have also heard about problems certain brands have had with some of their lithium batteries suddenly catching fire. While this has mainly been down to poor design and production issues, there is still a risk when a li-ion battery is not stored properly. All it takes is for one energy cell to overheat, and it will spread in a chain reaction.

In addition to all of the above, a lithium battery will start to degrade as soon as it is made. The battery has a lifespan of only a few years and after that, it is not easy to dispose of and recycle. On average, about 50% of a lithium-ion battery can be recycled in an effective way and can be expensive as they need to be processed by a qualified electric recycling centre.

All said and done, lithium-ion batteries could be an insanely useful addition to your electric forklift fleet. Despite the initial cost and storage/recycling processes, you will benefit largely from increased productivity, time savings and ease of use for all your employees. 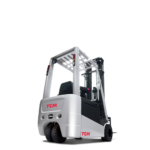 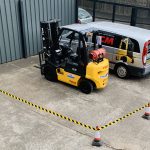 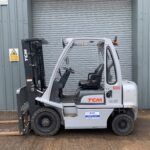 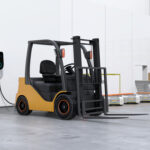